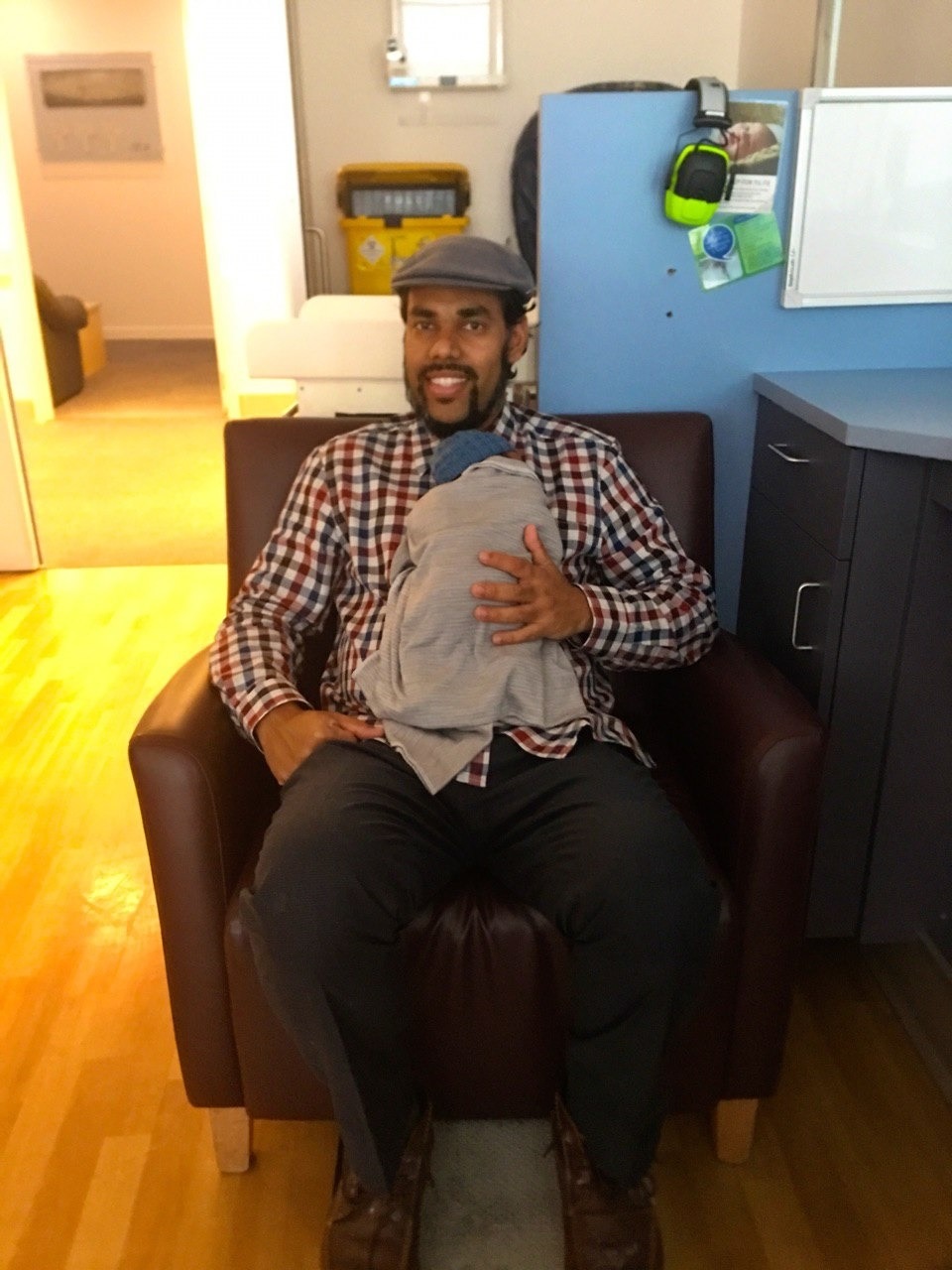 Warning: this innocent reflection may well give the impression that in comparison with some of our neonatal nurses, an honest days work still eludes many of us!

3 weeks ago today we were blessed with our third child — at 33 weeks gestation. A premature baby was not something we’d experienced and awaiting us was a testing journey through days and weeks of watching our son in an incubator be subject to full monitoring, breathing apparatus, infection treatment, jaundice lamps, IV supplementation etc.

We lived those 3 weeks in a truly amazingly competent and loving (two seldom coexisting qualities) environment of the NICU — neo-natal ICU on the top floor of the main building at Auckland hospital.

Most hours were spent on lazy-boys and other miscellaneous hospital furniture (for there’s presently no provision for anyone to stay with or even near baby while in ICU).

NICU is so overwhelmingly supportive and full of humanity that it is difficult to describe: unconditional love and support for baby and parents. The team of doctors, nurses, research staff from Liggins admin staff were all amazing (with rare exception).

Consecutive nurses arriving for 12-hour shifts brought a renewed wave of care, love and wisdom — each professional bringing their own personal style, approach and professional preference — but always with utmost compassion and care.

On the day when Ali stopped breathing and gave our nurses a fright, I didnt think his nurse had taken any breaks. She had, but her ever-present meticulous care made it seem she hadn’t stopped for those 12 hours, as Ali re-discovered his breathing ability. (Most nurses stay well after their shifts writing what seemed like endless reports.)

With all that was going on (including an apparently full-house service in our 9th floor atrium), I didn’t quite have the courage to visit Christchurch victims were flown to the hospital. The limited contact I had with friends, family and in the outside world was enough to absorb in the present situation.

With our entire family in Christchurch where we’d all lost very close friends and many of our closest friends were desperately managing the situation, our family felt the soothing relief of every moment of care and compassion during the last few weeks.

Indeed I reflected on our discharge that by virtue of Ali’s ICU care we had had a circle of support for those critical few weeks that perhaps few others had.

I had ventured out of the hospital for two specific engagements, one with a Minister for our advisory group, and the other on behalf of an Imam in Christchurch (and darts home for food clothes and other-child emergencies).

All other times we were immersed in an environment that was exceptionally meticulous (as observed by sometimes semi-conscious parents), caring, and compassionate and professional people who were embodied mutual and collective love and support for everyone including themselves.

For the most difficult early days we were staring out over the top of two ominous ICU monitor screens into the sky through large windows, sometimes watching the pendulum-like operation of a crane working in adjacent construction.

Reports of all kinds on the Mosque attacks were (and are) overwhelming; from heroic accounts at the mosque, to observations of various state responses immediate and subsequent, and the arrival and impact (heroic and otherwise) of people arriving in Christchurch from afar, and now, after services have largely ended, the gravity of hope for meaningful acknowledgement of the various responsible forces in our society.

It has been a time of gratitude for life, gratitude for the amazing care and support we received where we were for nearly 3 weeks, a time of sympathy for those parents with who were only starting their journey in ICU and sometimes in a more serious condition.

Gratitude for having been confined to environment of pure angelic newborns under the care of God and the truly amazing NICU team.

On our return home we left behind friends who had become like family. Others had left before us to home or to other hospitals around the country.

While it is difficult to ignore the anxiety of recent events in Christchurch, particularly because of the phase of real work we are only just entering, we are trying to cherish this time, also our 14th anniversary, as a time to reflect on the journey that God had planned for us, and specifically for us to remain in a uniquely sheltered environment where we were able to gradually celebrate Ali’s emergence into life in this world.

What kind of world that will be when he’s my age in around 2060, depends largely on our actions over the coming weeks and months.

PS the fluorescent “privacy” headphones are for the morning doctors rounds; you put them on when they’re speaking to other babies’ whānau — we’re all in the same room. Both visual and auditory privacy / confidentiality were well facilitated through screens, headphones etc. Commonsense also applied.

PPS If you’re a father big on equality you may want to know that while there’s a mothers room, there’s not equivalent private room for dads.